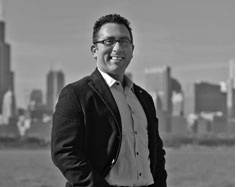 Mario Greco was born and raised in Chicago. He took up Chemical Engineering and Environmental Engineering at the Northwestern University. He also studied law at the Boston University School of Law. He practiced law full time for years where he also did real estate as part time. He started selling an average of $9M worth of real estate per year. Mario’s business has grown significantly since then. He has partnered with Century 21 Sussex & Reilly, Prudential Rubloff Properties and now BERKSHIRE HATHAWAY HomeServices KoenigRubloff Realty Group.


Mario has been recognized as being in the Top 1% of Real Estate Agents in Chicago since 2002. His total sale to date is now over $1Billion and this made him the #1 in Illinois in the Real Estate Industry. He is also in the Top 40 Nationwide as awarded by the Wall Street Journal.

Mario is a hands-on with his business. As the leader of The MG Group at BERKSHIRE HATHAWAY HomeServices KoenigRubloff Realty Group, he strategizes the pricing and marketing himself. He also makes sure that negotiations between the client and his team are in accordance to their vision which is to operate with market-leading expertise and optimum efficiency.

Mario is a pet lover. He enjoys living with his wife, seven dogs and occasional foster animals.